The NEXT BIG THING


The Next Big THING! is a blog tour that gives authors and illustrators a chance to share their work, and then tag others to share theirs.  Each blogger answers the same ten questions.   The tour started in Australia, and has spread world wide.

I was tagged by Diana Delosh a fellow artist in the group we both belong to, CBIG.  Please check out her blog at:The Hare Illustratere.  Her Next Big Thing is about her newest picture book dummy, ROBIN. Her book is only one of the many ways in which Diana uses her magnificent talent.  Visiting her website will give you a idea of just how gifted Diana is as an artist.

At the end of this post I will tag children's book illustrator/writers  Robert Baird for your next stop on the tour. And now my questions will be answered.

1.) What is the working title of your next book?

Actually there are several. I usually don't work on more than one book at a time, but this year has been particularly busy.  I am currently working on a book by a well known author who has written her first picture book.  I can't share any images, but I will say it is about a sweet little girl who loves the color pink.

One of the other books is a work in progress that I have had on my drawing table for a long time.  When I write and illustrate my own work, it usually takes a back seat to the work I do for publishers. The tentative title is :
Half Past Winter.  Although I liked the title at first,  it may change to something more like, The Bears' Winter Surprise. 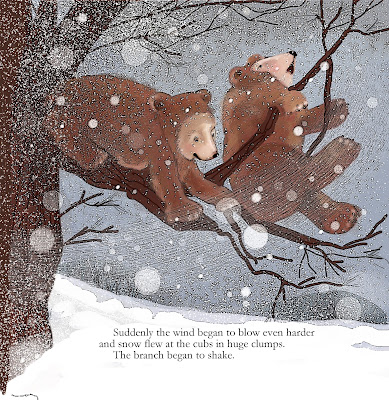 2.) Where did the idea come from for the book?

We have bears here, and we have lots of snow in the winter in New England. I love both and decided to write and illustrate a story about both. Even after a wicked winter  once the summer is over and fall has set in, we just can't wait for the first new snow of the next winter.

3.) What genre does your book fall under?

4.)  If this were a movie who would be the actors?

If it was a movie, I think an animated movie would tell the story beautifully.  Three bears, a cardinal, some squirrels, and lots of snow would be the featured characters.

5.) What is the one sentence synopsis of your book?

It was half past Winter, and there was no snow.

6.) Who is publishing your book?

I have a special place in mind but I can't say where I will ultimately submit the work.

7.) How long did it take you to write the first draft of the manuscript?

Not too long. Actually I wrote the first draft in a day. BUT, I reviewed, edited, and re wrote it
about 6 times after that making sure that every word was actually needed.  I have two versions now,
one with  650 words and one with only 15 words.  I am leaning toward the longer version.

8.) What other books have you written and illustrated that feature animals as the main characters?

There are two as of this writing. Gunther the Underwater Elephant, and Willow, An Elephant's Tale.
Both books were published during the last two years by 4RV PUBLISHING  in Edmond OK.

9.) Who or what inspires you to write a book?

Sometimes it could be as simple as a shadow on the wall, or a walk though the woods.  Children and animals have a way of wiggling their way into my days and nights in many ways. Music plays a part as well.

10.) What else about the book might pique the reader's interest?
In this particular book there is a surprising ending. I like to add a big surprise in each book I write and illustrate.
Sometimes it comes at the very end, and sometimes just before. It is always planned so that the reader will get a hint of the surprise before they actually see it.  But, by then I hope they are laughing really hard! 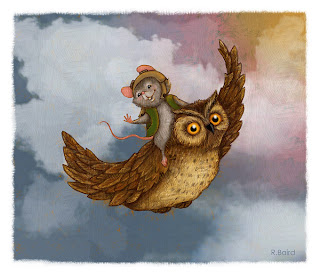 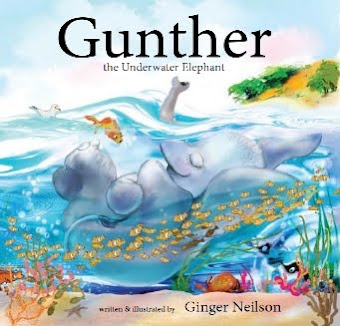